HeadStartPro at The Winsport Academy

Performance is the top priority in most competitive sports, and for The Winsport Academy, it’s right up there too. However, for Winsport’s high-risk winter and summer sports, their number one priority is preventing injuries, so that you can come back to ‘play’ again the next day.

The Winsport Academy, located in Calgary, Alberta, is a centre for athlete development. The Academy’s design and structure are unique in that they centre around academics, athletic development, skill acquisition and social, emotional, and cognitive development. Their high-performance programs fill critical gaps in the developmental pathway in snow sports and allow athletes to progress to their national competition potential. (Winsport, 2018)

Winsport delivered one of the early in-person HeadStartPro implementations (under the “SafeStart Athletics” banner). They trained ten coaches and over sixty male and female athletes, ages 12-20, in freestyle skiing, snowboarding, and mountain biking. 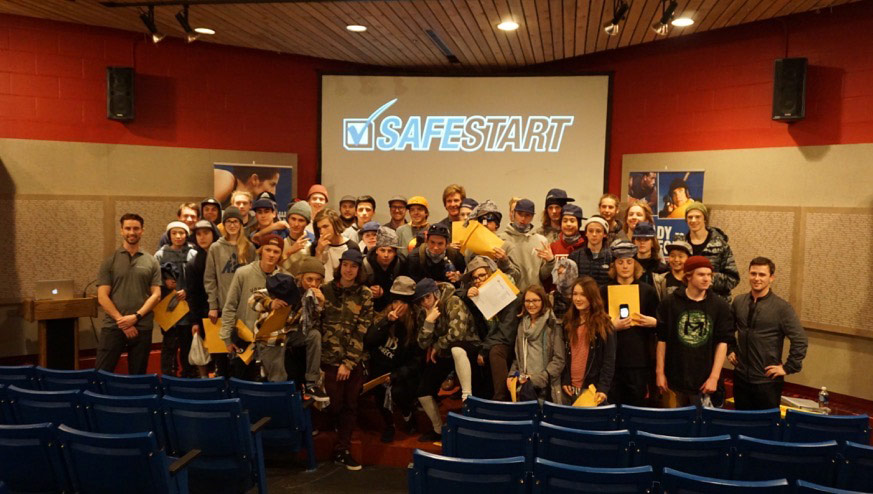 The rewards of the training were tremendous, and Winsport achieved exceptional results. Both coaches and athletes completed an interactive test, which they passed with flying colours. The academy average was 86%, demonstrating a thorough comprehension of the HeadStartPro concepts, tools, and techniques.

While athletes reaped the rewards of improved performance and fewer injuries, the overwhelming value realized by Winsport was due to the significant injury reduction reported after the training. Above and beyond improving team performance, the concepts and techniques taught in HeadStartPro were a perfect solution to a costly problem that Winsport faced: athlete injuries. 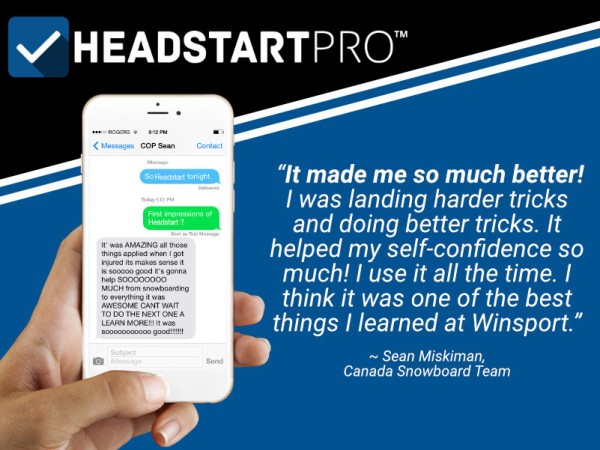 Winsport’s Director of Sport Leadership, Jennifer Konopaki reports that “the coaches at Winsport all stated the existing year their athletes completed [HeadStartPro] training they experienced a reduction in injury rate between 30-40% across their teams.”

Jennifer also asserts, “it is important to note there is a sliding rule in effect depending on what developmental level the athletes are training and competing at in regard to injury rate. For example, some injuries experienced were simply a result of the sport and the level of performance. The coaches all agreed it positively impacted their athlete’s ability to make decisions and improved their learning.

Part of HeadStartPro’s success at Winsport is due to its multi-sport focus and relevance for athletes in any sport. When asked, Canadian Snowboard NexGen Team member, Sean Miskiman, had this to say about improving his performance:

“It made me so much better! I was landing harder tricks and doing better tricks. It helped my self-confidence so much! I still use it all the time. I think it was one of the best things I learned at Winsport.”

Feedback from the Coaches

Ken Rhodes, Winsport’s Mogul Ski Coach, said that: “After taking the training, I will be more proactive in looking for the states that the athletes could potentially be in [rushing, frustration, fatigue, and complacency], the states that could harm them, and it’s going to make me a safer coach. I believe their performance will be better as a result because I’m paying more attention to the details.”

Josh Duncan, the coach of the Snowboard Halfpipe Team, said, “the stuff you’ve been doing well, [HeadStartPro] is going allow you to do that better, and it’s going to allow you to add terminology to share that knowledge with others. Everyone talks about the peak performance state and how do you get there? Well, you need to be dialed in and focused on one thing. If you have a million other distractions going on, that’s going to be hard to do.”

Patrick Breault, Coordinator of Competitions for Freestyle Canada, sums things up well, “I believe this tool and these checklists, the self-check and the self-triggers, will eliminate the dangers or the stresses athletes have today. So you can just stand up there and be confident you’ve done everything you could, and focus on your task at hand. So, I believe that it will increase athletes’ focus on what they’re supposed to be doing instead of stressing about these little things.”