We would like to send some happy holiday cheer from our family to yours. Because the holidays are all about family, sharing and telling stories, we are pleased to introduce to you another one of our team members, Cam Smith. 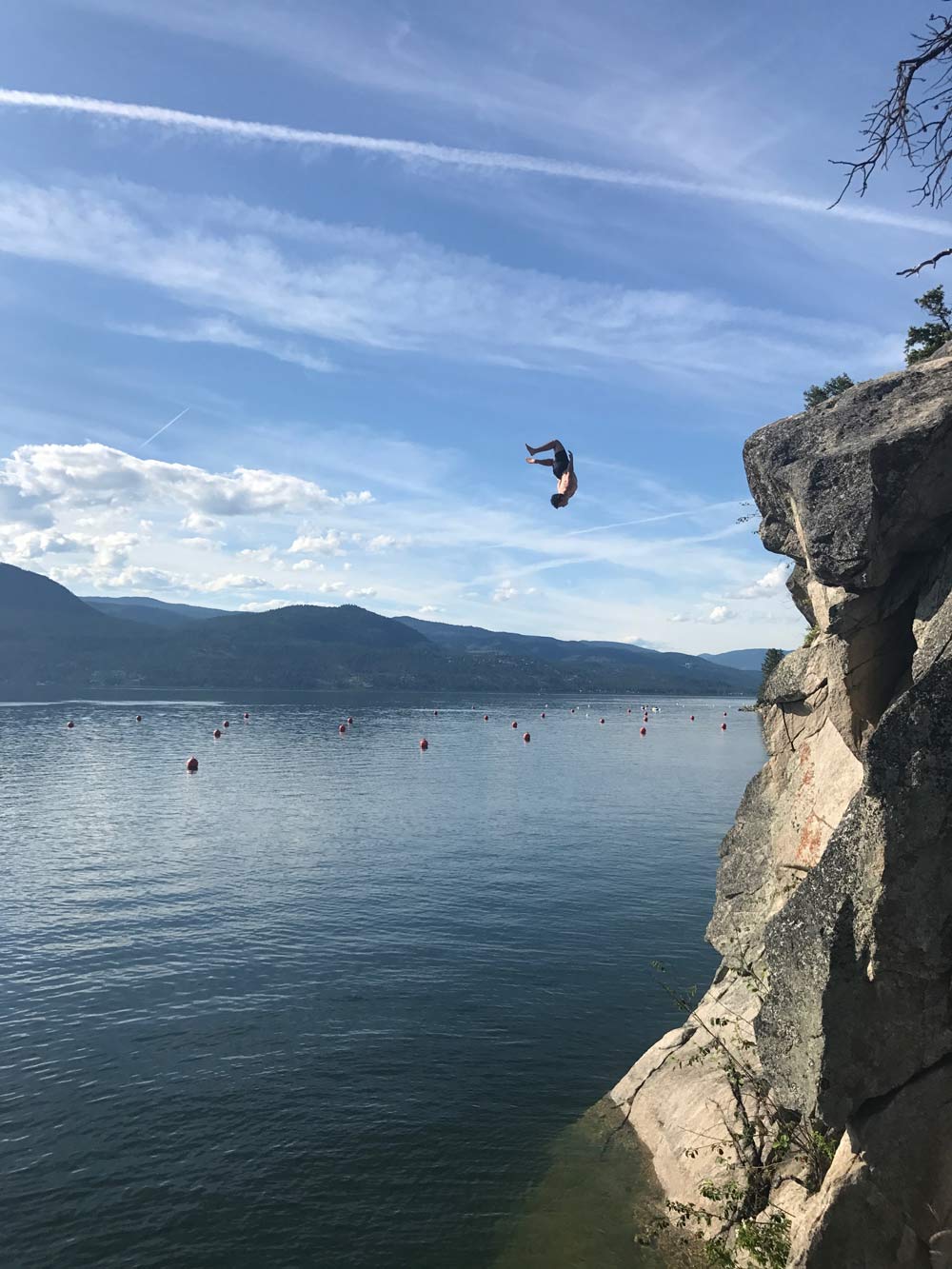 Flashback to five years ago, it was the ‘Showdown Hoedown Throwdown’ freestyle ski competition. This was one of Cam’s favorite events of the year, held at his home resort Silver Star in British Columbia. He was having a great time seeing family and friends after a long competition season, and he was in the zone on his home turf. Cam had qualified first on day one and was sitting in the top spot going into finals on Day 2. The next morning he had a slip on his first run while doing a routine maneuver, a 900 (two and a half rotations) over the first of three fifty foot gap jumps. He had a lapse in concentration and started focusing on the final jump instead of concentrating on the present the moment.

The competition format was best one run of two; this meant the pressure was on for his second run, but he felt confident in his skiing and had been visualizing standing on the top of the podium at this event for years. At the top of the course, there were hundreds of competitors waiting for their next run. Cam was there talking with his relatives when all of a sudden he heard “Cameron Smith you are up next.” “What? Already?” he thought. So, he rushed over to find his skis and ran to the start gate. The starter was telling him to get his skis on as quick as possible because they still have a lot of competitors and the day was coming to an end. Cam clicked into each ski and dropped into the course. 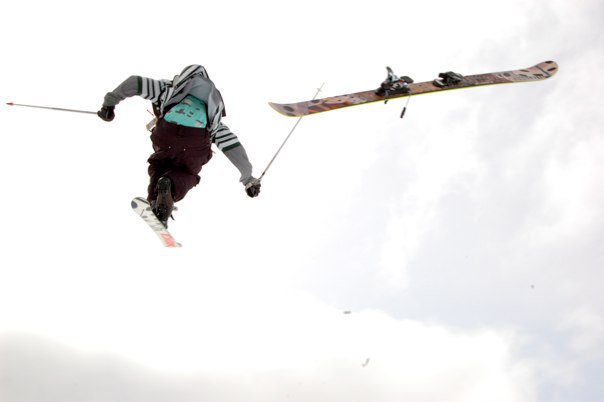 After the first rail, he felt his boot shift in the binding, and he instantly knew something was wrong, but he was committed to his run. Coming into the first jump, he was set to do a switch 900 (taking off backward and spinning two and a half rotations). As Cam was flipping and soaring through the air he saw his ski beside him. “Oh-no” he yelled just before he slammed onto the snow and tumbled to the bottom of the landing. Cam was furious with himself and realized that he had forgotten to follow his pre-drop routine and to scrape the snow off the bottom of his boots and bindings. “If only I had recognized the states of rushing and complacency before dropping in, I might have been on top of the podium that day.” 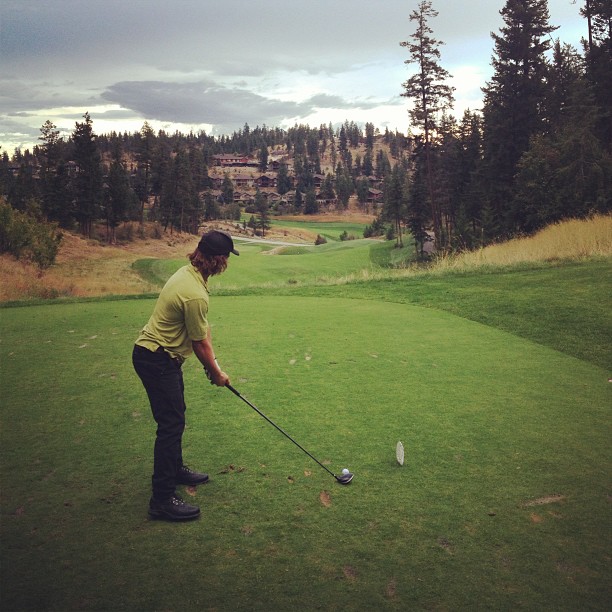 Nowadays you will find Cam in Calgary, Alberta where he takes the role as HeadStart’s Adventurer. His background in sports is quite extensive after playing competitive hockey, soccer, golf, football, rugby, and of course skiing. Being the Adventurer, Cam is continually putting HeadStart techniques to practice. You can still find him competing in ski competitions, although in a new genre, Big Mountain. If he isn’t in ski boots, you can find him exploring the Rockies on his mountain bike or out on the links playing golf. 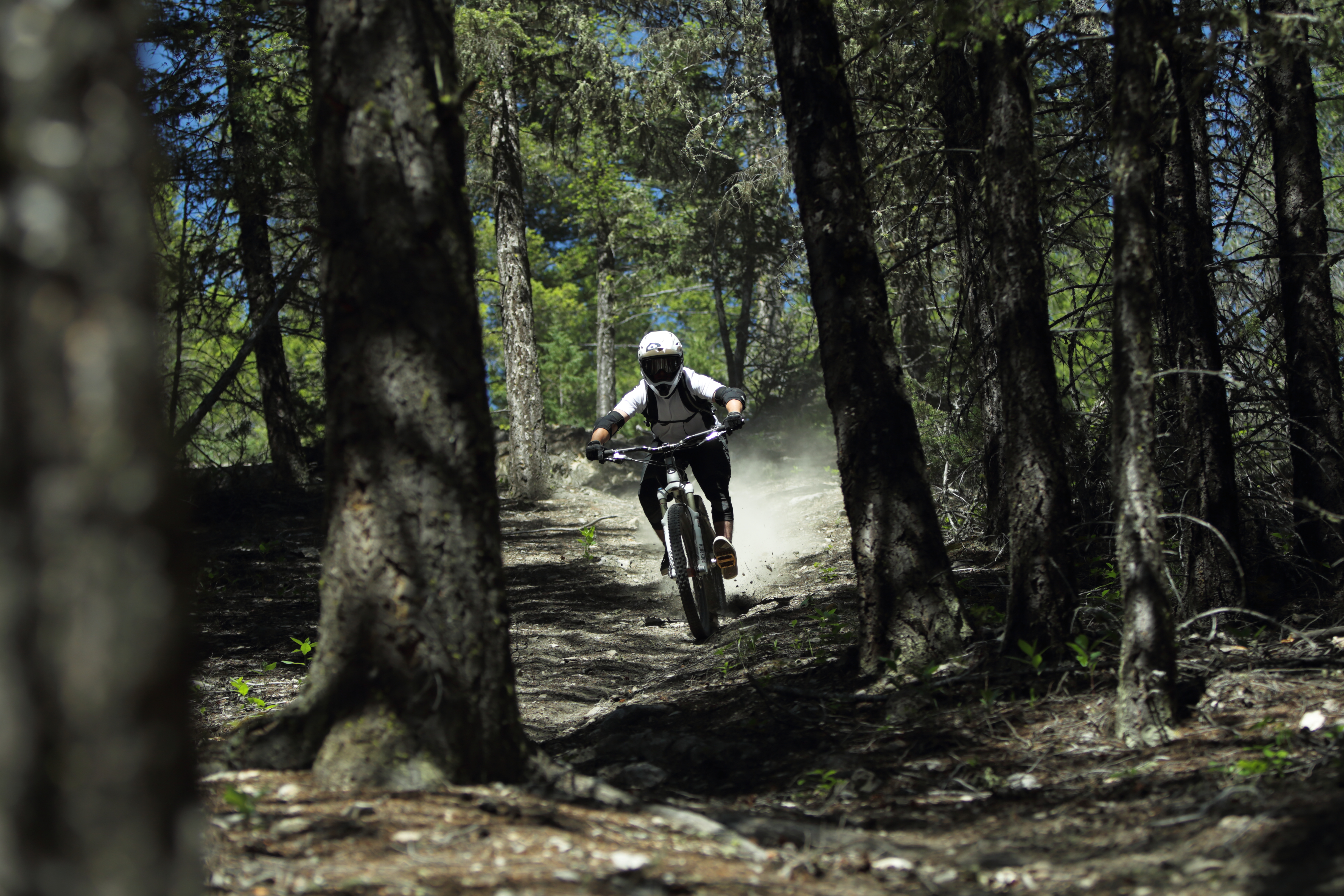 As Cam left the World Cup circuit in Slopestyle skiing, he was intrigued to learn more about the science behind enhancing performance and preventing injuries. “I felt there was a gap in the training that athletes were receiving and there is a need to help change the game. It gives me the motivation to help athletes by giving them a HeadStart on mental training, something that often doesn’t come until a higher provincial or national level.” When given the opportunity to help create a sports performance program, Cameron embraced his position to work directly with coaches, teams, and athletes to help provide valuable techniques to increase focus and concentration when it matters most. 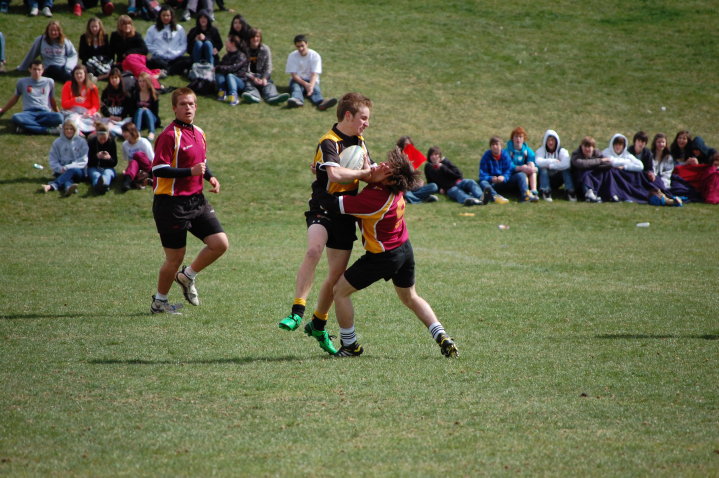 “Learning about the state-to-error pattern was an eye-opener. I instantly thought back to all of the sports injuries and major performance errors I had made in the past and could not think of one where rushing, frustration, fatigue, and complacency were not involved. Ironically it was even true for my contact sports injuries. Learning about the state-to-error pattern has given me a framework to analyze close calls when they happen and has opened my eyes to mental performance training. I have not only seen improvements in my sport performance but it has also helped me avoid mistakes at work, at home, while driving and has even improved my relationships.”

We are pleased to have Cameron as HeadStart’s ‘Adventurer.’ His knowledge as a multi-sport athlete, experience in high-level competition, and passion for helping athletes reach their peak potential brings incredible value to our team. To talk with Cam or book him for in-person training with your coaches or teams, please contact us at Info@HeadStartPro.com.